The United States Capitol: Often called the Capitol Building is the home of the United States Congress. It is located on Capitol Hill at the eastern end of the National Mall in Washington, D.C.  It is one of the most symbolic and important landmarks in the US. 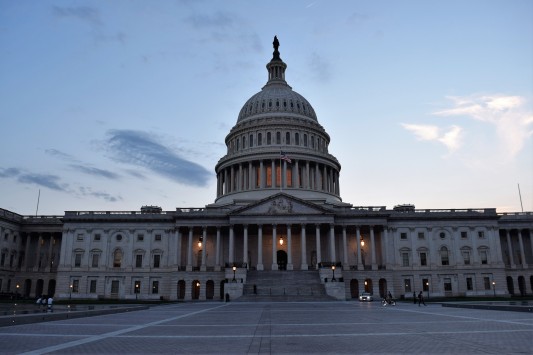 Jefferson, the third President of the United States was the principal author of the Declaration of Independence. The Jefferson Monument is another of my favourite architectural piece at the National Mall. Here, Thomas Jefferson stands gloriously watching over the Washington Monument across the Tidal Basin of the Potomac River. To fathom the beauty of the Neo-Classical architecture, one must physically be present at the site. Words or images cannot do justice to this splendid work of art, by Russell Pope (1925).  This edifice has a good resemblance to the Pantheon in Rome, another incredible monument. 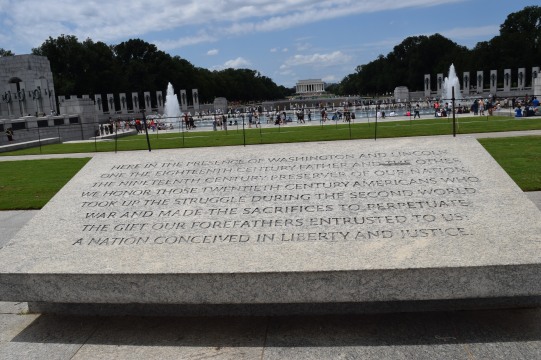 This was constructed in memory of all the brave men and women who fought in the World War II. Those are the warriors of the American Armed Forces, who sacrificed their lives in the battle. The surrounding of this majestic place is splendour in the summer times with the astounding fountain.   It was one of the highlights of my visit to DC this summer because, during my visit in December last year, the fountain was dried up due to the harsh winter cold. 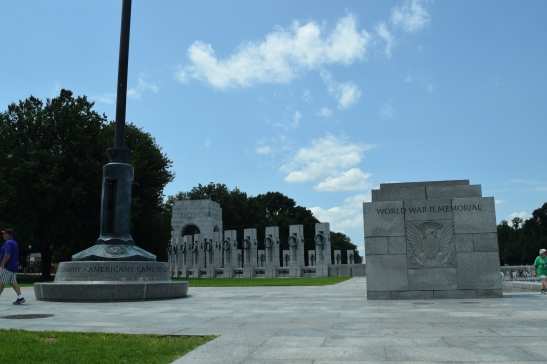 Arlington National Cemetery is a popular tourist attraction. This is a US military cemetery in Arlington County, Virginia, across the Potomac River from Washington, D.C. We drove through this cemetery and I took a few photos as we drove along. But if you are keen to visit this place, then, plan at least two-three hours for your visit in order to walk around the grounds. There are tombs of the Unknown Soldiers to see at this cemetery.

National Air and Space Museum: This is massive. It’s one of the most popular in the arrays of museums in DC. It is home for a varied collection of civil aviation, military aviation and space exploration. Here, you can listen to the history of aircraft, the functions of the different parts and everything in between regarding flights.

This museum is always jam-packed with visitors and tourist who have paid absolutely nothing to gain access inside. I spent about 1 hour here and was able to walk through the most scenic views that appeal to me at the museum. At least approximately 3 hours is needed if you desire to thoroughly see the entire museum and take a good record of the fascinating collections, although too technical for me.

And just before I said goodbye to DC, I made a quick stop at The White House. I had visited the White House in December last year but it was in the winter and I needed to experience this attraction in the summertime. And behold, it was besieged by a sea of heads, all absorbed with one common dream – to have a good photo shoot of the White official House of the United States President.

The Pentagon is one of the largest office buildings in the world. It has its own zip code and is the workplace of over 23,000 personnel.

The best time to visit Washington DC is during late spring and in the summertime. At these periods, the city is at its high point. The spring welcomes the signature cherry blossom festival that it is known for. And of course, it’s a time suited for good photography unlike the winter when the cold and snow are limiting factors.

Again, these seasons showcases an assortment of distinguished flowers. What about the glow from the sparkling sun. The fine weather is alluring. And you get to feel the glitz, the glamour and the pulse of a wonderful city.

*Buildings around the White House*

Other places to visit include but not limited to the American History Museum to see the Star Spangled Banner. The Kennedy Centre Show. The Natural History Museum, the National Gallery of Art. The National Zoo. The Supreme Court.  Library of Congress.  The Botanical Gardens.  Ford’s Theater. The National Archives to see the Declaration of Independence, Bill of Rights and Constitution. Oh wow!

Still, I haven’t seen all of Washington DC. It’s not a place to visit in a day or two. No. The Botanical Garden will be my first port of call when I step into DC again. For a thorough and engaging sightseeing, it means a longer stay or multiple visits to the Nation’s Capital. I chose the places that mean the most to me this vacation and I was enthralled. 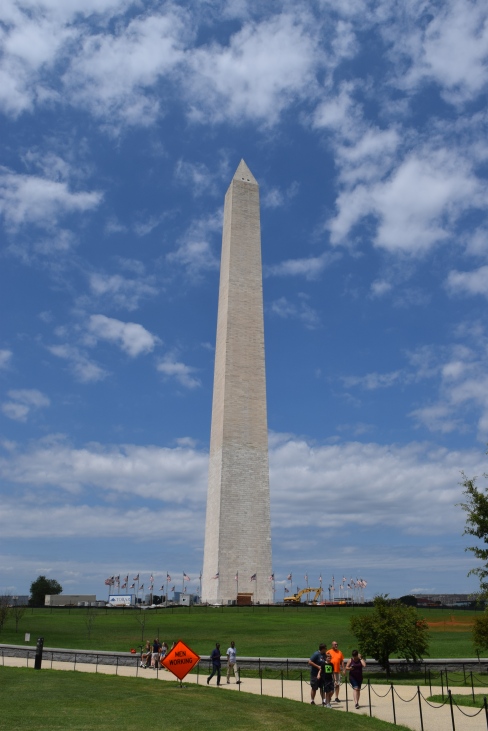 Finally, I will visit other Landmarks in DC whenever I find myself in the city again. I know I will return later if not sooner.

Thank you for reading. I hope you enjoyed this tour of the US capital city, albeit, virtually.

Thank you for reading.

Copyright © 2018 by Simpledimple.  All Rights Reserved.

2 thoughts on “A Recap of My Summer Vacation: 4”

A Blog to Inspire and Motivate YOU!

© Giggles & Tales and simpledimple.wordpress.com, 2016. Unauthorized use and/or duplication of this material without express and written permission from this site’s author and/or owner is strictly prohibited. Excerpts and links may be used, provided that full and clear credit is given to Giggles & Tales and simpledimple.wordpress.com with appropriate and specific direction to the original content.

a collection of interviews and daily word prompts

3 Rules i follow:- 1 Keep Patience. 2 Believe in your self. 3 Hustle in silence.

iball round the world

Musings from a Tangled Mind
The59Club

Enjoying life and the empty nest while easing into retirement,

Moving from remote work to the digital nomad life

A Potpourri of my Ramblings, Poems and More…

We pay our taxes and we wave our flags, we buy the bullets and the body bags

An ode to thoughts

Life hacks, fashion and beauty tips, photography, health gyan, poetry and heartfelt musings about everything and anything under the sun!

A moment of wine is a moment sublime.